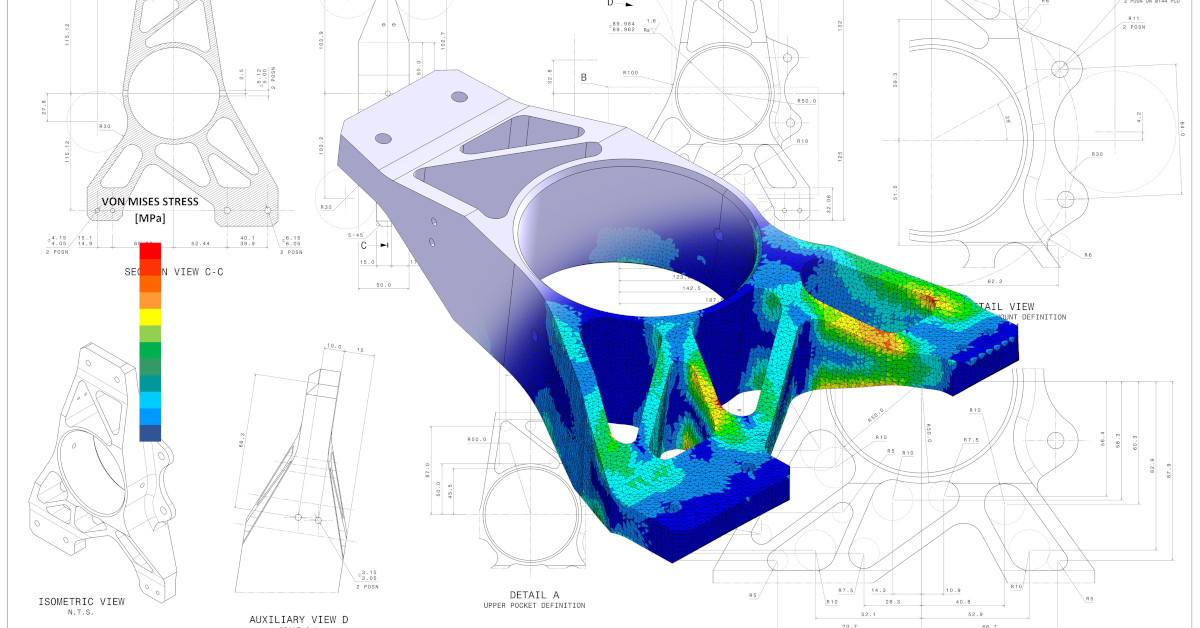 Whether our customers need us to validate their Finite Element Analysis (FEA) models or perform both the physical testing and the FEA, our engineers are used to helping customers with complex testing and analysis of high-value equipment.

As a recent example, our team is involved in a large-scale project to do engine testing for a client that requires ITM to do both the physical testing as well as the FEA simulations. This requires using a custom high-channel count telemetry system to transmit engine data to a receiver that is sampling at an extremely high rate.

“Once you are able to bring in the test data and compare it to the simulated data, you are able to fine tune your FEA simulation to better reflect the real-world application,” said ITM engineer Ryan Matthews. “We can also simulate the test in software and predict how it is going to react to the test when we can actually measure such things as strain, stress and vibration.”

Matthews points out that FEA technology also helps the team determine the precise best placement of strain gauge during physical testing. And depending on complexity, a single simulation can take a few seconds or months to run.

“Sometimes you are only going to be able to test a structure or a part once before it fails,” says Matthews. “So it becomes crucial to do a limited number of physical tests then correlate that to your FEA. Then you can pretty much run unlimited simulations.”

For more information about our testing, strain gauging, and FEA modeling services contact Ryan Welker via email at ryan.welker@itestsystem.com of phone @ (844) 837-8797.